Home > Blog > Corporate Wellbeing: How to ensure Data Security and Sustainability of your IT assets

Corporate Wellbeing: How to ensure Data Security and Sustainability of your IT assets

In recent years, IT Asset Disposition (ITAD) has evolved from a single process within a typical IT Department to a vital part of an entire organisation’s ‘wellbeing’.

Often, people refer to organisations as though they are living entities. Companies grow and expand. When a company is suffering financially, it’s often described as being on ‘life support’. Also, organisations are no longer seen in isolation, but part of an ecosystem, and one which should be sustainable.

In the same way, that wellbeing is used to discuss our overall health and happiness, it’s a phrase that is being applied to companies too. And of the many factors which feed into a company’s wellbeing, a robust ITAD strategy is central to any organisation’s long-term health and survival.

The role of ITAD

While IT assets in one form or another have been used in a typical workplace for nearly half a century, the concept of IT Asset Disposition is relatively new. Traditionally, companies saw IT spend as purchasing hardware which depreciated over time or broke down and then was replaced.

Such assets were the tools of the business trade and investment in them ensured that your business could compete with similar businesses.

However, two key factors have upended this traditional approach: the emergence of data, and the sustainability of our planet.

Traditionally, the only companies which were really concerned about data were large entities that stored vital information such as financial details which, if stolen or compromised, could lead to customers losing money or the company itself facing reputational ruin.

Such companies were the guardians of Big Data. However, for smaller companies, Big Data was of no concern to them. However, the General Data Protection Regulations (GDPR) has changed all that.

Since being launched, the GDPR has cemented within the EU the importance of data, whether big or little and the responsibility that companies have towards it. Now, regardless of the size of your company, you must secure the data which you’ve digitally stored.

Like living entities, IT assets have a lifecycle, from when they are purchased to their End of Life (EoL). Yet, when it comes to securing data, companies can make the mistake of concentrating on securing data while the devices are only in use and not when they are being made redundant.

There’s little point in being obsessive with security while an asset is in use, but then to allow any ‘white van man’ to come onsite and attempt to destroy the asset once it’s reached its EoL.

It’s tempting to think that old assets are just junk and ready for the scrap heap; however, this view can be detrimental to organisations.

Firstly, there’s destruction, and there’s destruction. Getting rid of old assets does not just involve dumping the assets in a landfill or at the local e-waste recycling centre. A professional ITAD provider must securely remove the assets from your premises, erase the data on the hard drives, shred or degauss the hard drives, and then issue a Certificate of Destruction and a video.

Only then can you rest assured that your organisation will not be involved in a data breach and subsequent fines.

However, while it is necessary to destroy certain IT assets, your ITAD strategy should focus on a ‘green’ solution whenever possible. At Wisetek, we are committed to the circular economy and encourage our clients likewise.

In practice, this means that wherever possible, we extract value from your assets which saves money for our clients while helping the environment. When an asset is scheduled for destruction, we assess it and remove viable parts to re-use within the client’s company or for re-sale on the ‘as-new’ global parts market.

It’s only as a last resort that parts are actually destroyed, and when they are, we follow local and international standards, such as R2, eStewards, and WEEELabex.

In conjunction with these standards, we operate a zero-landfill policy and prohibit the disposal of assets to any destination which is not in line with our standards.

Companies, like people, can’t operate in isolation. Our actions have knock-on effects whether we are aware of them or not. The failure to operate a robust ITAD strategy can affect your organisation’s bottom line and reputation, but it can also cause untold harm to the environment, whether within your country or beyond.

By choosing a professional ITAD provider, it ensures that, when it comes to the disposal of your IT assets, you’ll increase the overall health and wellbeing of your organisation.

A win-win for your company, and the planet. 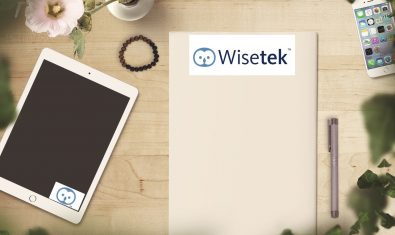 For many companies, Covid-19 is forcing people to work from home or self-isolate for ...
Read More 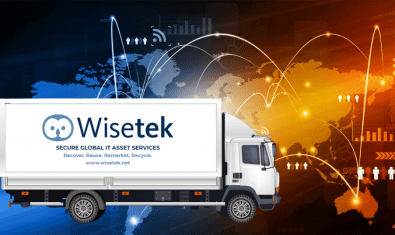 The Importance of Remote IT Asset Recovery

While there are many advantages to remote working, the natural ‘churn’ of staff presents ...
Read More

IT Asset Disposition (ITAD) Best Practices for a Cloud Migration

Are you planning a cloud migration? CEO of Wisetek, Sean Sheehan, discusses how a ...
Read More