From Waste Streams to IT Asset Disposition (ITAD): data centres are becoming more environmentally conscious in order to reduce the pressure on the planet that our digital lives are causing.

Not so long ago, the internet was all about search. Then it was spent. Now it’s a stream.

As we look into the future, who knows where digitalisation will take us – from AI cars to the Internet of Things (IoT) – but there is one thing which is certain: the end result of the increasing and exponential growth of digital products and platforms is the impact that it is having on the environment.

According to Google, when you perform an internet search, you are using the same power as if turning on a light bulb for 17 seconds. While it doesn’t sound like much energy, it reinforces the point that internet usage is not without an environmental impact.

As for the future, data centres are set to consume between 10 to 20 percent of the global electricity supply by 2030.

With this in mind, the following are steps that data centres are putting in place to combat their environmental impact.

At all times, organisations need to keep an eye on their ‘waste streams’ which are defined by the EU as ‘flows of specific waste, from its source through to recovery, recycling or disposal.’ Furthermore, these streams can be divided into materials such as metals or plastics, or streams which contain electronic waste.

Paying heed to these waste streams is a way for organisations to adhere to the principles of the circular economy; this applies to both the construction of data centres and their ongoing running.

By using the same technology as smartphones (which combine energy consumption with performance), low-power servers have a significant impact on data centre efficiency, for obvious reasons. Also, regular audits of data centres need to occur in order to make sure that you are not running ‘zombie servers’ – servers which are not being used but are still consuming energy. Research has shown that between 20 to 30 percent of all enterprise physical servers are not being used; this is not only a waste of energy but a security risk if the servers are not being patched and maintained.

IBM started rolling out modular data centres as a way to serve local demand for data and garnered the nickname ‘data centres in a box’ as they used 40-foot shipping containers. Part of their efficiency comes from their modular nature; they can be easily expanded or retrofitted while taking up limited space.

They can also be added to existing data centres at a fraction of the construction costs.

Depending on where your data centre is located, the very air we breathe can be used to cool systems instead of traditional air conditioning. What is known as ‘free air cooling’, the location of the data centre is key and the reason why locations in northern Europe and Scandinavia are ideal due to their colder climates.

As data centres are huge consumers of power, ultimately a large percentage of this power ends up as waste heat. We’re all aware of our laptops heating up; imagine the heat which racks and racks of servers generate. This waste heat is energy that can be reused – recently, Facebook has started using its waste heat to warm homes near their data centre in Odense, Denmark.

ITAD and Your Data Centre

Having a robust IT Asset Disposition (ITAD) strategy is another key area when it comes to the greening of your data centre. From the perspective of the circular economy, having a trusted ITAD partner who can perform physical on-site audits of your stock is a vital step in reducing the overall environmental impact of the data centre.

With such audits, the true condition and value of IT assets are audited; this will inform your IT Department as to what IT assets need to be replaced, and whether a new part, a recycled part from within your organisation, or an ‘as-new’ spare part should be used.

It’s a small step, but one which, in conjunction with the other environmental approaches, will help to sustain our digital dependency.

For more information on how Wisetek can help the environmental impact of your data centre, please contact enquiries@wisetek.net or visit our website. 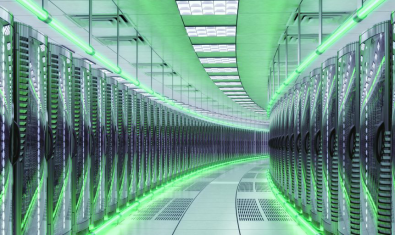 A rapidly changing data centre market has led to a boom in decommissioning small ...
Read More

IT Asset Disposition and The Green Data Centre

Pressure is mounting on data centres to ‘go green’ in order to reduce their ...
Read More