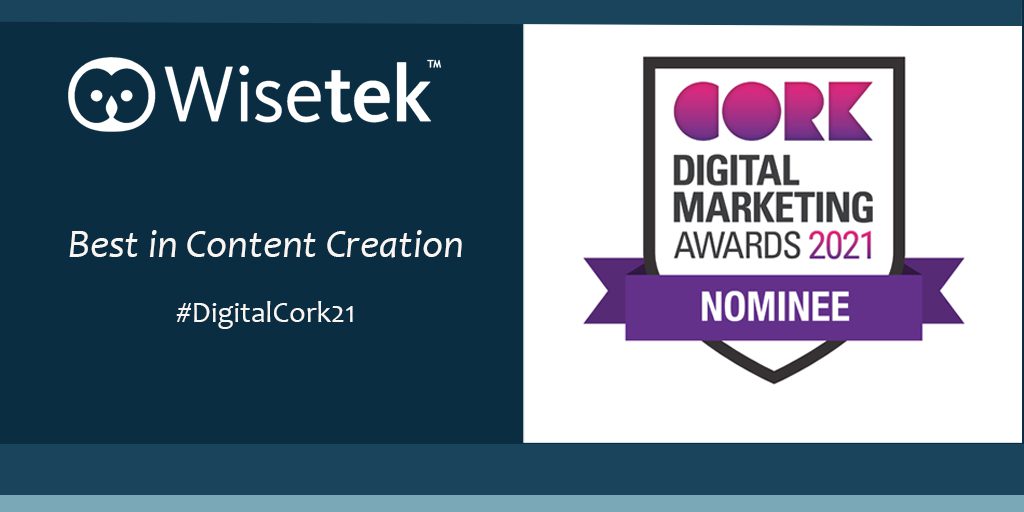 20th August: Wisetek is proud to announce that it has been nominated for a Best in Content Creation award at the Cork Digital Marketing Awards, organised by Cork Chamber. The awards recognise the digital innovations of Cork-based businesses over the past twelve months. The Best in Content Creation award category is sponsored by Cork Chamber Skillnet.

Wisetek was nominated based on the quality of content that has been created for the company’s blog, which focuses on the areas of sustainability, the environment and the circular economy. The blog aims to explore and educate people about these topics.

In its awards submission, Wisetek highlighted the content and reach for a number of blog posts covering topics including: its commitment to the circular economy; how the ITAD process is key to the security and sustainability of a company’s IT assets; and the environmental impact of electronic devices.

Sean Sheehan, CEO of Wisetek said: “Wisetek is extremely proud to be nominated for this award. It speaks to the quality of our work in the area of digital marketing and stands as a testament to the efforts of our colleagues operating in this area of the company. To have been nominated alongside so many other iconic Cork-based organisations demonstrates the high quality of entrants for this year’s Digital Marketing Awards. No matter the ultimate outcome of the awards, this nomination is a promising endorsement of our efforts to create unique and engaging content for our company’s digital channels.”

Milica Vojnic, Senior Digital Marketing Executive with Wisetek said: “It is extremely gratifying for Wisetek to be recognised with this award nomination. We have worked hard to ensure that the company blog is populated with relevant and interesting content that aligns with Wisetek’s values as an organisation. This nomination stands as an affirmation of our work and it is an honour to be recognised alongside other organisations that have achieved excellence in this field.”